The state education department has decided to take uniform 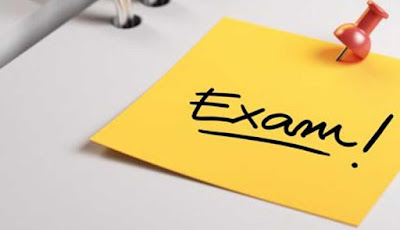 examination in all the schools of the new academic year. The State Education Department has decided to take the standard 3 to 12 examination by the Board of Secondary Education. Accordingly, the State Level will be prepared for all the exam question papers from standard 3 to standard 12. So far, the exams which were in school two were six monthly exams for GCERT for eight. While Gujarat Board will prepare the question paper for standard nine to 12. Private publishing books will not be used and a separate education system will be adopted for the weaker students. It is worth mentioning that the examinations continue to be not only the information minister, but also the knowledge, understanding, utilization and skill development and it has been decided to change the examination methodology so that the students of national exams including NET-JEE can be practiced.

The Gujarat Secondary and Higher Secondary Education Board has now decided to start a new semester in all schools from April, ie the year will start from April 20.
The summer vacation will remain unchanged from May 4th until June 7th. As per the announcement made by the Board, the academic work will have to start from the first week of April in all current academic year and the next.
Central Board of Secondary Education - CBSE has announced the date of the annual examination for the current academic session. The Board has stated that in the current semester, the examinations of Class-I and Class-II will begin from the 15th of February. Examination of the standard bar will be held from 15th February to 30th March, while the examination of standard I will be held from 15th February to 20th March. Students can view and download the detailed program of the Board Examination on the Board website www.cbse.nic.in. Prime Minister Narendra Modi will hold a dialogue with students who appear on the board in the Examination Pay 2020 program. The Minister guides the students every year to relieve the stress of the exam. In the third week of next month, the Prime Minister will address the students in the third link of the program at Talctora Stadium in New Delhi. A total of 2000 students, guardians and teachers from across the country will participate
Email ThisBlogThis!Share to TwitterShare to FacebookShare to Pinterest
Newer Post Older Post Home