Under the neem tree, a gust of cold air glows all night in the mammaldat office, and the eyes of the teacher who pays the onduty has been darkened. By allowing the seventh-grade boy to write eight single (?) Moments ten times, Teacher Mahode has extended his present seat in front of the Indian fate by placing the stone plate in the middle of the afternoon. The wise students of the village who know the true condition or disadvantage of their Guru, surrounded by many non-academic activities, have spoken of the fact that the saint's sleep does not deteriorate. A boy said: Do you know anyone? Our Master is a scholar and so his salary is just five and a half thousand. Secondly, yes my father has earned a double rickshaw by doing this. And sometimes some municipalities don't get paid two to three months! Poor teacher couple who have to take interest and run home. Say hello to that boy, and especially, the slander photo of our sir did not go viral on any mobile. 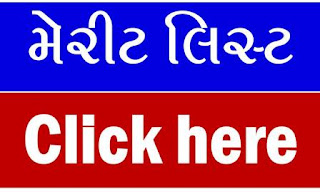 Kham's students do not know how much sir Sahib gets tired of doing so, he sleeps in class. The kid will go to the job that he got. The third says that two or three of them came home to find out if there is a toilet in our house. Is there anywhere in the middle of the fourth that our sir goes to the toilet every day at your house? Third, no, Ray had to survey the toilet. We did not give a photo of our entire house but sir took some photos of our toilet and wrote in some paper and went to sign Baba Bapuji.
The little boy says that when a few de saheb came to my house in the census, there was a great comedy. The second one asked what comedy? Pelo says my grandmother does not remember anyone's birth date and there are no birth instances in our house. So sir asked grandma when your eldest son was born? Grandmothers say buffalo whore when! Saheb asked that when was this buffalo barren? When our wand has collapsed! Sir, we worked hard but our family was not able to remove the kundli. Against the sleeping sir There was talk of boys catching up with color, then a bhaaradi spoke or if nobody ever said one thing? All say off! But slowly Bolj Saheb is tired of doing the calculations and surveys. Bharadi says that the week before the third Ben was born in my house, sir had to eat. One says,

'Aliya, what did you do to help Ben in your house? If the Bharadi boy says that, then sir may have got a government circular that in the house where the daughter is born, he should be raised and talk of 'Betty Save Betty Teach'. Not knowing who sir is now a virgin, who has a daughter in the family, he congratulated my grandmother instead of my sister. And my grandmother told the seven generations of sir. Whether Roya teaches in school or is considered a beast every week, or is considered a must, or is he counting on the electoral roll? You do not have to teach
Email ThisBlogThis!Share to TwitterShare to FacebookShare to Pinterest
Newer Post Older Post Home