US President Donald Trump is scheduled to arrive in Ahmedabad 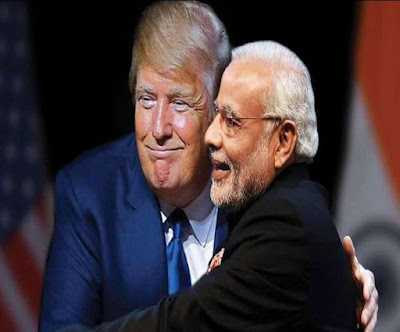 around 11.30am, while Prime Minister Narendra Modi will arrive hours before Trump's arrival. After attending the cultural program organized by Trump and Modi airport, Gandhi will reach the Ashram through road show, from which he will return to Taj Motor Circle to the airport. A tight police settlement has been organized at the stadium. As scheduled, the influx of people attending the program is being seen at the stadium. Trump will leave for Agra at 3.30am after greeting more than 1 million people at the Motorra Stadium. 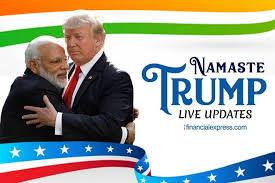 Watering system at 16 locations outside Motera Stadium
A drinking water stall has been set up at 16 places outside the Motorra Stadium. At least three people have been set up at each stall as part of the arrangement.
There will be between 1.10 lakh people in the motorway till 3.00 pm. A cultural program will be held around the stadium. Artists from various states including Nagaland, Assam, will present a music and dance program. Various programs of many artists including Sufi singer Kailas Kher, Sairam Dave, Kirtidan Gadhvi, Kinjal Dave will also be present. Then there will be Modi's first speech, he will talk about US-India relations. Then Trump's speech will be held. He will talk about friendship with Modi and also talk about relations with India. In addition to Indian democracy, Indians living in the United States will also mention Gujarati. Then Trump and Melania will greet Modi with Modi. Modi and the Trump family will circulate the stadium in the open gypsy.
Today, President of the United States of America Donald Trump is on a two-day visit to India. First of all, they will first come to Ahmedabad. The road show here and then at Sardar Patel Cricket Stadium will be attended by a program called Namaste Trump. Five NRI businessmen from the United States, 300 industrialists from Surat and 250 entrepreneurs belonging to the Gujarat Chambers of Commerce have joined to participate in the program. 600 members of the Garcia IT Association, Rajkot Chambers of Commerce and 80 members of the IT Association have joined. All 30 buses have to leave from GMDC ground to the stadium. All are being taken on BRTS buses from GMDC Ground. Prior to this, he was distributed a pass to the stadium. (More details awaiting)
Email ThisBlogThis!Share to TwitterShare to FacebookShare to Pinterest
Newer Post Older Post Home